Instead of programmers writing code, companies need partners who are perfectly familiar with IT technology. Those, such as military special forces, recognise the area and efficiently start eliminating the problem. Is common IT body leasing slowly becoming a thing of the past, and an era of hiring development teams and outsourcing entire projects is beginning?

I recently attended a conference for IT specialists. Though lectures made up the lion's share, they are not the main reason for attending such events. Let's face it, the most important thing is networking! So, looking around the room, I headed towards a black-haired, elegantly dressed woman, who at first glance inspired confidence.

We engaged in small talk. Firstly, we exchanged comments about the beautifully sliced fruit. Later, we assessed the speakers – which one of them made the greatest impression on us, until we finally got down to the nitty-gritty: what do you do?

"I trade in human beings," she said proudly.

I admit that I did not expect such a response, being as I was in the middle of Europe. Slightly confused but intrigued, I asked for an explanation.

What is body leasing in IT and what are its advantages?

“Suppose your company wants to create some IT application. You have an idea for it. Unfortunately, your company lacks people with the technical knowledge to write it. Then you report to the software house where I work. We talk about the scope of work and estimate the completion time. After signing the contract, I provide your company with the necessary number of IT specialists. And they, under your leadership, create the dream applicationˮ, she explained.

Body leasing, because that is the name of the above-mentioned form of employee outsourcing, has many advantages. The most important of these is quick access to appropriate IT specialists, without wasting time on recruiting and incurring costs related to maintaining the workplace. The flexibility offered by body leasing is also equally important. Sometimes the needs of the project change, e.g. knowledge of other technologies is required. Or perhaps simply some specialists in the world do not match the team in terms of their personality. Then the selected team members can be replaced fairly efficiently.

This model of work has been functioning for years. However, the effects of such projects vary. It is better if there is an experienced product owner on the customer's side, and a project manager on the supplier's side, and in addition to programmers, other specialists, such as a software tester or an experienced User Interface Designer, will also join the project.

The disadvantages of body leasing

When a company decides to use body leasing, it pays particular attention to the competences of the hired programmers, i.e. what programming languages they know, what projects they have worked on, etc. It is understandable, after all, that hirer of personnel wants to build a team that he will later manage – a team with competences that are lacking in their own organisation.

“Some companies hire an IT specialist with strictly defined competences. Then they tell him exactly what to do, e.g. place the login button in the lower left corner of the screen. The programmer writes the best quality code, and yet it turns out that for some reason he does not solve the problem of allowing the user to log into the systemˮ says Rafał Grądziel, leader of the .Net team at FINGO.

Managing highly qualified specialists requires the appropriate skill set. Especially by reaching a certain level of earnings, an employee then begins to pay attention to other things, e.g. opportunities to work on interesting projects in a group of great people. Therefore, one mustn't forget that the programmer's work combines artistry with engineering, that is, creative solutions to technical problems – no two days are the same!

“We always convince clients to work in joint workshops. Thanks to this, the real need of the client is clear to us. In response, we can propose a better-tailored solution. Interestingly, during such workshops, it happens that the client comes to the conclusion that the modification of the original idea will bring better results. Thus, the benefits of the workshop are mutualˮ, adds Rafał Grądziel.

Project outsourcing is the implementation of all or part of a larger IT project by an external team of IT developers. The team emerges by itself in the software house structures and approaches the project comprehensively, i.e. it analyses business requirements, selects technology and tools, prepares an implementation plan, implements, tests, and more and more often, also after the end of the project, it carries out tasks related to the maintenance of the IT solution. The basis is settlement for the effect, not the length of work or the type of specialist (junior or senior).

“If programmers manage their work on the basis of set priorities, and at the same time contact the business directly, they will successfully organise their work themselves. The need for the involvement of project managers is then much smallerˮ, says Jakub Rupik, Solution Architect from FINGO. “However, the most important thing is that the team should have a clearly defined goal, understand business needs and know what the source of the problem isˮ, he adds.

The world is changing and many IT solutions are already available on the market in a subscription model. It is enough simply to look at the CRM market or e-commerce platforms. Of course, they require initial customization – after all, each company has its own specificity. Nevertheless, they successfully solve most of the known business problems. Moreover, they make building this type of application financially unprofitable.

However, creating a completely new IT product is another thing. Solutions take into account the specificity of the industry and the resulting customer needs. In such cases, hiring closely knit teams of IT developers brings more benefits. And many companies are already aware of this, which is confirmed by winning tenders.

Companies are willing to outsource projects to software houses if they already have experience in solving similar problems. If they additionally prove knowledge of the industry of the company organising the tender, then the deal is already in the bag.

An IT partner that generates savings

When deciding to implement an IT project, companies are guided by 2 types of motivation – from and to.

Therefore, instead of people who can write lines of code, companies are actually looking for partners, not only those who know the IT technology used very well, but also understand the problems faced by the client's company. Only by combining knowledge from both of these areas, are IT specialists able to suggest how to do something better, cheaper or faster.

“While working on the Resident property management application, we paid attention to the configuration of services in Azure, which was previously done by someone else working on this project. It turned out that by making a few minor changes, we were able to better configure the platform. Thanks to this, it was possible to save 30% of costs that were incurred for maintaining the cloud infrastructureˮ, says Rafał Grądziel. “It would not have been possible if we had not known the challenges faced by the client beforehandˮ,  he adds.

External teams of IT developers - a technological partner in business

If the IT project can be undertaken by an external supplier, then it is worth considering hiring an already well-coordinated IT team consisting of specialists with various competences. After all, companies are all about the outcome and benefits of the project, and not about the tedious building and maintenance of an internal IT department supported by people hired under body leasing.

From the perspective of the software house, such a solution is also a more advantageous form of cooperation. Instead of nervously looking for projects for programmers sitting on the bench, they will focus on maintaining and building a long-term relationship with the client. How? Exactly by advising or submitting ideas, and how, with the help of technology, you can increase profits or savings in the client's company. 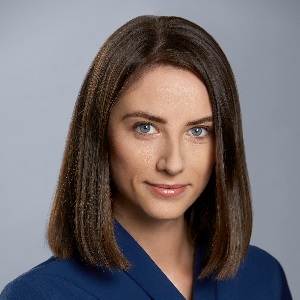 Content Marketing Manager at Fingo. Simplicity is the key to happiness... and readability.

Success in your inbox

Get monthly insights hand-picked by our editorial team.
Thank you! Your submission has been received!
Oops! Something went wrong while submitting the form.